I. “The best things in life are free.”

Walking is free. And it’s so enjoyable I occasionally worry there must be a catch. Is it really free? Is there an invisible meter ticking ever higher as I shuffle my feet? Still, if I had to pay by the mile, it would be worth it. Walking is responsible for 90% of what I know about Tokyo. It’s a source of inspiration, joy, and unintentional exercise that allows for frequent nomihodai 飲み放題 without making time for the gym.

Consider some of the places that I discovered solely on the basis of a meandering sanpo/sampo 散歩.

Hagiso Café – this café in the quiet and stately Yanaka neighborhood is home to an art gallery, and is a wonderful spot for an afternoon coffee, tea, or…beer.

Fukagawa Bansho Gallery 「深川番所ギャラリー」:nestled between a small shrine and the Sumidagawa and Fukagawa rivers, this gallery’s name refers to the bansho 番所 guard stations that inspected shipping cargo during the Edo era. (In photo to the right, a pinhole camera shows projects the gallery’s surroundings.) (Google maps , source)

The places that capture my imagination share a natural aesthetic that favors unpainted wood and natural light. Though modern creations, these spaces borrow from Japan’s traditional architecture. In fact, two of the three spaces above are housed in renovated traditional buildings. These spaces, in their simplicity and reuse of old structures, reminds me of the philosophy of Shigeru Ban 坂茂, the celebrated architect who, despite winning the Pritzker Prize, seems more interested in building shelters for refugees than making houses for the super-rich. The New Yorker‘s profile of him is, in my opinion, required reading: Paper Palaces: The architect of the dispossessed meets the one per cent. (August 11, 2014)

Every so often I get an email from someone asking that I mention them in my blog. For an amateur, this is quite flattering. For someone with a full-time job, it can also be a hassle. But I’m a pushover, so if it’s a product or a cause that interests me, I’m more than happy to lend a hand. This was the case with my recent post about the Dark Horizon satirical English textbook.

I recently received an email from a small shop, katakana, advertising upcoming events at their two locations in Jiyugaoka and Shibuya:

I fully intended to ignore the request, but something gnawed at me. Why did this store feel so familiar? I did some Googling, and realized that I had visited the katakana Jiyugaoka store when a friend of mine was looking for a gift for his nephew. I recalled that it was a cute store with eclectic merchandise…the type of store that makes me want to be more of a shopper. My friend didn’t buy anything, but I bought a picture book for my friend’s daughter. This is exactly one of those wonderful places that can only be discovered by foot. In this case, it also found me.

The store’s name, katakana, was chosen represent a bridge between Japan and other countries, just as the katakana syllabary acts as a linguistic bridge between foreign words and the Japanese language.

The store is the brainchild of owner Junichi Kawano, a 20-year veteran of a major clothing company, who opened the store with two fellow co-workers, including his wife. Kawano-san became disillusioned by the “fast fashion” trend in the industry, seeing how it encourages people to view their clothing as disposable goods. Kawano-san opened the store with the intention of offering high quality goods that are intended to be used for a long time.

The store’s most popular items include: 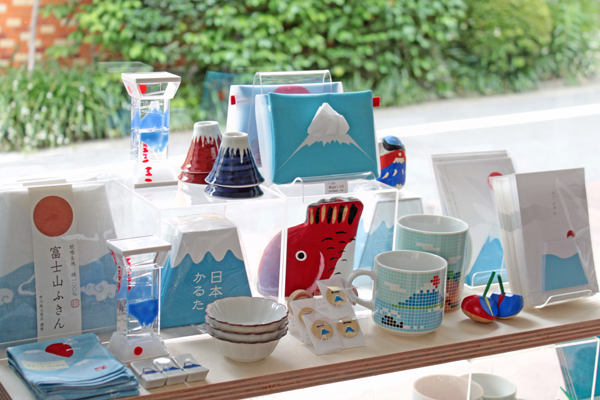 The store’s more unusual items include miniature vaulting boxes, and canned jam, a product that began as a decoration, and turned into a popular favorite; see their blog post: The Story of the Jam.

This store, the brewery, the cafe…there is a common thread that runs through these places…the same thread that can be found in various enterprises throughout Japan. For example, Nambu ironware南部鉄器 nanbu tekki of Iwate prefecture. These handmade cast iron pots are works of art that can be enjoyed for a lifetime.

The places and products I’m attracted to exhibit quality workmanship, subtle aesthetics, and long-lasting quality – and also, an emphasis on nature. As I walk the streets of Tokyo, I keep adding new people and places to the list. A cobbler in Koenji, a strawberry farmer in the hills of Ashigakubo, a painter in Kiyosumi.

These artists and craftsman are spiritual cousins of the folks in Kodaira who are fighting to save a widely used patch of forest along the banks of the Tamagawa josui canal. They have worked tirelessly to gather signatures for a petition, and have started a group, the Tamagawa Josui Storetellers. This group is not selling anything, but their fight is based on a similar mindset: a rejection of disposable culture.

Creative thinking and new mindsets exhibit themselves in many ways. It’s the thousands of people who enjoy the natural beauty of the Tamagawa river over the confines of a shopping mall. It’s my friend Marika who, in her not-so-spare-time, runs Diaspora Links, a youth workshop and open library in Musashi-Koyama 武蔵小山 that teaches foreign languages and cross-cultural understanding. It’s the website, “WITHOUT MONEY SALE“, which “sells” its products in exchange for a poem or an essay (“Is Money the Only Way to Buy Things?“). I see these things, and I feel optimistic. And hungry. I could really go for some canned jam right now. 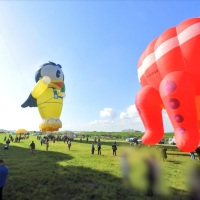 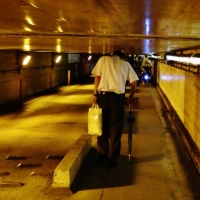