Other information about black markets in postwar Japan:

In their “Our far-flung correspondents” section of the magazine, The New Yorker ran a story by Helen Mears titled “You in Tokyo“; the piece was named after a pamphlet given to new American arrivals that explained things like protocols, customs and recreational activities. Regarding black market activities, Mears notes:

“any soldier or civilian could export money up to twenty-five per cent more than the amount of his salary, even though it was obvious that any surplus could have been acquired only through gambling, black-market activities, barter, or currency speculation.”

“Four American soldiers, two Italians and two Japanese were arrested by military police who raided the headquarters of the market at the Marunouchi Hotel Tuesday night.

The hotel was used as a clearing house by the black marketers, authorities said. The raid was carried out on orders of Brig. Gen. Hugh Hoffman, provost marshall of the Tokyo area.”

“The many-stalled black market in front of the Shimbashi railway station was closed today to mourn the death of Giichi Matsuda, its boss.

Matsuda, 36, was slain last night. Police said he was the acknowledged head of 1200 small time racketeers, including many demobilized Japanese.

Matsuda closed the immense market for five days in April while he organized his followers into a modern corporation, with management, organization, sales, printing and even publicity sections.” 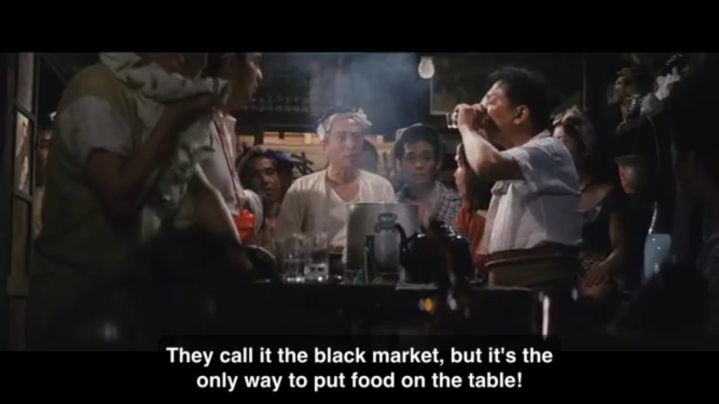 Wikipedia: the Shibuya incident 渋谷事件, a violent confrontation in June 1946 between rival gangs near Shibuya Station. In the chaos of the post-war recovery large and very lucrative black markets opened throughout Japan. Various gangs fought for control over them. There were also many non-Japanese “third nationals” in post-war Japan. These “third nationals” or “third-country people” were former subjects of the Japanese Empire whose citizenship then transferred to other countries like China and Korea. The Shibuya incident involved former Japanese citizens from the Japanese province of Formosa (Taiwan) fighting against native Japanese Yakuza gangs. After the fight, the Chinese nationalist government (Kuomintang) stepped forward to defend the Formosans.

A few years ago I went to the Toshima Ward Local Museum 豊島区立郷土資料館 (map). It’s similar to the many small, local museums in Tokyo and Japan: interesting, cheap or free, and not too large. I enjoyed one aspect of the exhibit in particular: a diorama of post-WW2 Ikebukuro, home to a large black market 闇市, pronounced yami-ichi ヤミ市. Here are pictures of the scene:

“After World War II, in order to provide food and daily necessities to war-damaged cities such as Tokyo, so-called black market cities (yami-ichi) emerged. Ikebukuro, a key transportation hub, became a typical black market city. The museum has a model of the southern part of Ikebukuro’s black market city at the scale of 1 to 20.”

A longer description is included on the museum website: link (Japanese) 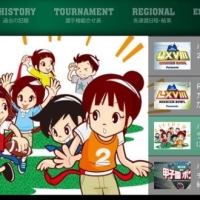