Profile: Soraya Umewaka, “I Am Happy”, and the Japanese documentary

I.  “Inside every cynical person, there is a disappointed idealist.” ― George Carlin

Soraya Umewaka ソラヤ梅若 is best known for her documentary Eu Sou Feliz ‘I am Happy’ (2010), an intimate profile of several Rio de Janeiro residents (her website: http://www.streetwitnessproductions.com/). From a live-in maid to a stay-at-home mom, a policeman to a graffiti artist, the film gives voice to people from a wide range of social, ethnic, racial, and economic backgrounds.  Woven together these perspectives provide a textured document of life in Rio de Janeiro.  Social and racial inequality are discussed, or conspicuously not discussed, and in some ways the idea of social inequality becomes the glue that binds Rio together. And religion. While not obtrusive, the presence of religion permeates the film, especially in the way the poor subjects appear content with their position in society.  These are the most sympathetic people in the film, so it came as some surprise when Umewaka told me not only does she not practice a religion but she is opposed to religious thinking. Religion makes us complacent, she says, which can have its benefits but also keeps us from attempting to change for the better. Umewaka mentioned self-improvement several times in our conversation, which is only fair, given her interest in seeing society improve.

Umewaka has stated her two goals for Eu Sou Feliz were to encourage greater social integration among the residents of Rio de Janeiro and to raise funds for the subjects of her film. From donations collected at her film screenings Umewaka has so far contributed 80,000 yen to the NGO, Museu de Favla (Favela Museum) in Cantagalo, a Rio slum. The museum, founded by Carlos Esquivel (a.k.a “Acme”), a renowned graffiti artist and one of the stars of Umewaka’s film, offers art and music classes to local youths. Her film also inspired donors to provide a scholarship for one of the other subjects.

But what about her first goal? Umewaka balked when I asked her if she considered herself an idealist. But what else are you when your stated goals are to change the working conditions of maids in Brazil and improve race relations at the same time? Umewaka is an idealist, and she should embrace it. Who else but an idealist would try to bridge the comfort gap between people of such different social strata. But she is a practical idealist who understands that most change is gradual and requires hard work, and her film has the potential to join in the fight. Her art has a point without being preachy, has a heart without being weepy.

“After graduation, [Soraya Umewaka] wants to help preserve the tradition of Noh drama.  ‘I think I’m going to pursue [Noh] in some form or another through academia and the study of Noh texts,'” – 2005, Daily Princetonian

Noh 能 (or Nogaku 能楽) theater is the Japanese version of opera: old-fashioned, stylistic, and slow, according to its detractors.  Noh has been performed since the 14th century and little has changed since then. The defense of Noh, as with the defense of all “high art”, is a defense of objective values. If popular appeal were the yardstick by which art should be measured, pop and pornography would rule the roost, and curiosities like Noh would be trivialized in the face of popular juggernauts like AKB48.  Umewaka believes Noh is objectively valuable as it contains beauty and lessons that do not exist in most popular entertainment.  Umewaka’s father, Naohiko Umewaka 梅若猶彦, is a renowned Noh performer and scholar, and the latest in a 600-year bloodline to be involved in Noh theater. Will the Noh family tradition die out? Not if his daughter has something to say about it. One of her current projects is about her father and Noh theater.  She will be filming his performance as King Lear in Lear Dreaming, at the Singapore Arts Fest May 31-June1.  Umewaka has more than a casual background in Noh, having performed as a child.  The last time she performed Noh was in college, but she told me if her Dad asked her to perform next week she would be ready to go.

Soraya Umewaka and her father:

“‘What I find really unfortunate is that the new generation in Japan is really focused on the West,’ she said. ‘They’re losing the precious traditions of their roots.'” – 2005, Daily Princetonian

I asked Umewaka about these quotes and what think about the future of Noh.  She bristled when I asked whether Noh is in danger of becoming extinct or irrelevant – she guesses maybe 1 million people actively care about it – but she does hope that Noh can become more popular. Theaters should make Noh more accessible, educating audiences so that they are less quick to dismiss Noh as “boring” before they’ve even seen it.

Umewaka’s support for Noh is a direct result of her and her family’s involvement, but also is consistent with her worldview. She has a strangely specific set of beliefs, which she listed for me: rationality, humanity, the universe, science, goodness of people, the potential for cruelty & oppression, and the potential to be oppressed. She speaks of these beliefs objectively; she is comfortable making judgments about right and wrong, and while she is less likely to judge someone without knowing their circumstances, she is no moral relativist.  She is not swayed by people who justify the oppression of women by saying “each culture has its unique value systems and who are we to judge?”  On film Umewaka wields her judgments with subtlety and care.  Eu Sou Feliz is not a message film like Farenheit 9/11 or An Inconvenient Truth – we do not come away with the sense that rich people are bad guys and poor people are good guys. From an entertainment perspective, the film may have been more fun if we could root against someone; but the wealthier Brazilians in Eu Sou Feliz aren’t evil, just a little spoiled (they remind me of Americans).

While filming Eu Sou Feliz Umewaka formed close relationships with many of her subjects, some of whom even provided her with a place to live.  Umewaka admits her editorial decisions were complicated by forming close relationships with her subjects; some footage of subjects making foolish, embarrassing, or painful statements was left on the (digital) cutting room floor.  One of the subjects admitted to having harmed himself/herself in a time of depression – this was omitted from the film.  However, Umewaka does not regret making these editorial decisions as she feels that the substance of the film was left intact.  I agree with her, at least in the example cited above; it is clear that this character has been in pain, and the fact of their self-harm only reinforces what we already know.  Umewaka has no plans to change her working style – she considers her ability to gain the trust of her subjects one of her greatest assets.  Not only does this encourage them to be open and honest on camera, but it allows her to more easily build her network of subjects.

As a person of Japanese-Lebanese descent with facility in multiple languages, Umewaka is adept at navigating diverse cultures (she is native in English, fluent in Japanese, with a command of Spanish, Portuguese, and some Arabic). From the slums of Rio de Janeiro Umewaka shifted focus to the embattled shores of Beirut for her forthcoming Tomorrow We Will See, a portrait of Lebanon’s creative culture from the perspective of ten Lebanese artists.  Umewaka’s first serious foray into filmmaking was in Afghanistan in 2003 as an intern at the Afghan Culture and Civil Society in Kabul, where she filmed testimonies of children and women in street children centers and in a psychiatric clinic. Umewaka’s parents are supportive of her travels to far-flung locations, but she notes that every day she was in Afghanistan, her father regretted letting her go.

In addition to the project about Noh, Umewaka’s next project is a secret, but she tells me it is “about Japan”.  She is also contemplating a documentary about science.

IV.  Nothing is rotten in the state of Denmark

Both in her film and in conversation, Umewaka is critical of Rio de Janeiro while also expressing affection for the people and the place. She doesn’t want Rio to stop being Rio, she just wants it to become a better version of itself. Umewaka’s appraisal of countries that “get it right” focus on measures such as income equality and human rights – she mentions Denmark and all of Scandinavia as a region she imagines herself living in, although she has yet to visit.

In addition to her projects in Brazil, Ecuador, and Lebanon, Umewaka has worked in commercial television in Japan, along with other freelance projects.  Umewaka admits she can understand why some foreigners complain about Japanese work culture; she does not understand the practice of staying in the office late just because the boss is still there. Umewaka says she often can bend the rules because she is not 100% Japanese.  She also is somewhat skeptical of excessive Ganbaru 頑張る, the concept of “toughing it out without complaining.”  Over-institutionalization of Ganbaru may have the unintended consequence of de-sensitizing an organization, dulling its ability to distinguish between real and imagined problems.

Umewaka does not spare Japan from her critical eye, but her affection for the land of the rising sun runs deep. She talks enthusiastically about the creative culture of Tokyo, Japan’s focus on education and hard work, and relative lack of religious beliefs. Somewhat surprisingly she also mentioned Japan’s capacity for change.  To many outsiders Japan can seem intolerant to change, but remember, this is the country that underwent an incredibly rapid industrial revolution during the Meiji period 明治時代, as well as an equally impressive modernization campaign after WWII.

Upon first meeting her, people remark they cannot tell what country Umewaka is from. As someone of Japanese-Lebanese descent, with fluent (British) English, Umewaka is often assumed to be from India, or sometimes South America.  Because of her experiences abroad and her international perspective, I was curious to know if she felt a strong connection to Japan.  I asked her to imagine herself in an airport about to board a plane with a one-way ticket to Brazil, Denmark, Japan, Lebanon, or the United States.  Which flight does she choose? She chooses Japan for now. 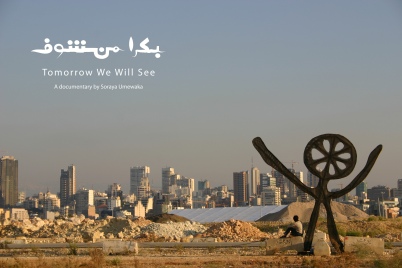