The loss of a luxury hotel hardly registers as a tragedy; still, I’m filled with sadness and anger at hearing of the planned demolition of the iconic Hotel Okura ホテルオークラ東京 (map). I’ve never stayed at the Okura, but I’ve been in the lobby, and it’s lovely. It is old and modern at the same time, and feels clean and fresh, avoiding the fate that befalls some modern buildings of the 1960s. To put it in terms that an American can understand, the lobby of the Hotel Okura is like the set of ‘Mad Men’, with a Japanese twist. Built in 1962, it epitomizes mid-century cool, and, like Tokyo Tower (1958), or the shinkansen bullet-trains  新幹線 (1964), the Okura represents Japan’s emergence from post-war poverty and ascendance as an economic power. 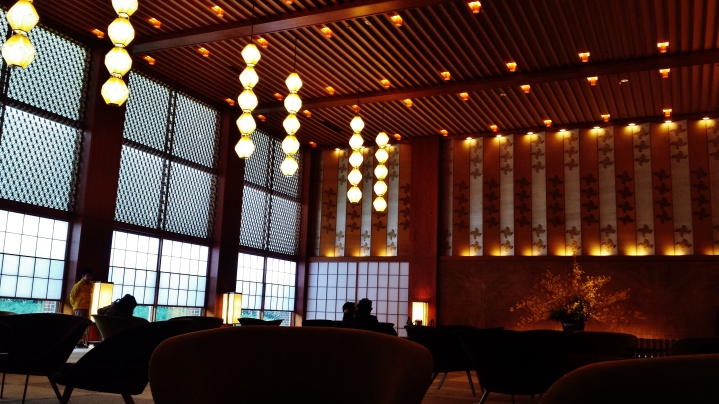 And the hotel feels important. It occupies a large footprint of prime real estate (partly why it is slated for demolition), and its Western perimeter is constantly guarded by police because of the neighboring American Embassy.

Hotel Okura, from the side

Notice the guard on the right 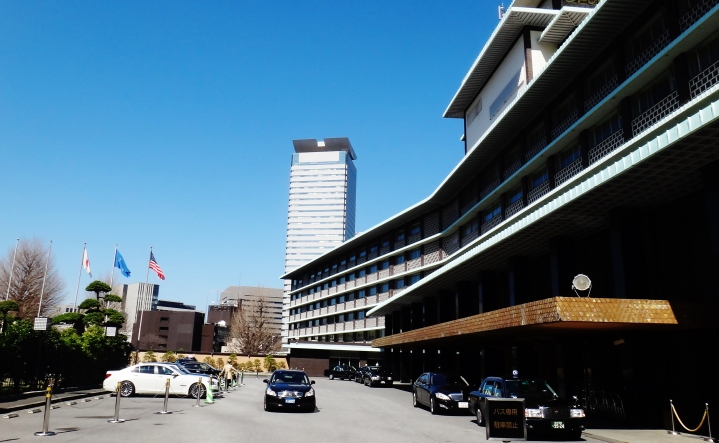 For two years I walked past the Hotel Okura without going inside. That was a mistake. The Okura is a building that deserves more than one visit. Residents of Tokyo should run, not walk, to the Okura before it is demolished. I needn’t say more. Wikipedia has a brief, but useful summary of the hotel’s history. And Monocle Magazine is asking the public to sign a petition: savetheokura com. I doubt the petition will have any impact, but I signed it anyway, joyfully expressing my appreciation for this sophisticated and doomed structure. I’m left with one remaining question.

If we can’t save the Okura, can we at least save the lobby?

Other historic buildings lost to redevelopment: 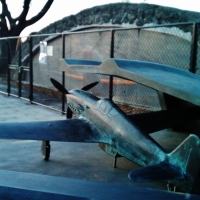